Why choose a Cape Town tour?

The Cape of Good Hope, as named by Portuguese seafarers in the 16th Century, now has a reputation of being a free-spirited and cosmopolitan city, offering a unique experience to all who visit. Cape town is iconic, a city of breathtaking natural beauty, creative freedom of expression and change, and a melting pot of cultures. Cape Town is positioned to be the party capital of the 2010 World Cup.

Cape Town is known as the city where you can experience all the seasons in one day! You can drive the many kilometers of coastal roads boasting exquisite scenery. You can hike up Table Mountain and get a Black Eagle´s eye view of the dramatic coastline or you could take a cruise on the Atlantic itself and feel the gentle rocking of the boat as you drink a fine bottle of red wine from the Cape Winelands.

Cape Point is located about 1.2km east of Cape of Good Hope and is the most South Western corner of the African continent and the mythical meeting point of the Atlantic and Indian oceans. The scenic beauty of Cape Point is not its sole allure; it is also an international icon of great historical interest with many a visitor drawn to the area because of its rich maritime history. Named the ‘Cape of Storms’ by Bartolomeu Dias in 1488; the ‘Point’ was treated with respect by sailors for centuries. Coming to the aid of many sailors as a strategic navigational landmark by day, at night, the jagged rocks and violent storms of the point resulted in many shipwrecks being littered around the coastline.

The interactive Cape Point tour takes you along the beautiful Atlantic Seaboard giving you the opportunity to feast your eyes on rugged coastlines and other untainted geographic landmarks such as the Twelve apostles and the magnificent slopes of Lion’s head. The Atlantic Seaboard also known as Cape Town’s ‘Riviera’, stretches from the Victoria & Alfred Waterfront on the north shore of Table Mountain all the way down the west side of the Cape Peninsula to Hout Bay.

The Cape Point tour takes us through the residential suburb of Clifton with four bikini beaches ideal for sunbathing and home to some of the most expensive real estate in South Africa.

The tour then proceeds to Camps Bay where we stop for a picture shoot of the Twelve Apostle mountain range. The tour continues through the town of Hout Bay where you visit a fishing harbor and get the opportunity to take an optional boat trip to seal island. The tour continues through the world famous Chapman’s Peak Drive a 9 km route with 114 curves, making it one of the most spectacular marine drives in the world.

Enjoy a beautiful view of the ocean on the winding road towards Cape Point. Located about 1.2km east of Cape of Good Hope it, is the most South Western corner of the African continent and the mythical meeting point of the Atlantic and Indian oceans.

It is located within Cape of Good Hope Nature Reserve and home to an entire floral kingdom and many populations of animals. Look out for ostrich and pelagic birds, view zebra, eland, and the many species of reptiles and small mammals. Chacma baboons are common in the Cape Point nature reserve, especially at the point itself. You have the option of either walking or taking a funicular ride to the upper lighthouse right at the tip of Cape Point where you are able to look back in awe at the beauty of the Cape peninsula and the surrounding areas.

After visiting the lighthouse at Cape Point we head to False Bay and stop at Boulders Beach to view the endangered African Penguin. We then pass through the naval town of Simon’s Town. Thereafter, we drive through the towns of Fish Hoek, Kalk Bay and Muizenberg en-route to Kirstenbosch Botanical gardens which forms part of the Cape Floral Kingdom (declared a UNESCO World Heritage Site).

After a wonderful and relaxing day we drop you off at your hotel. 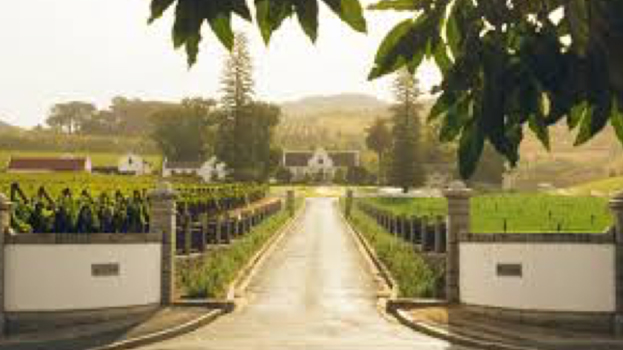 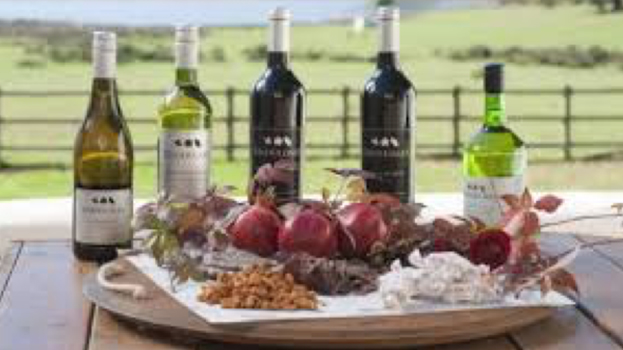 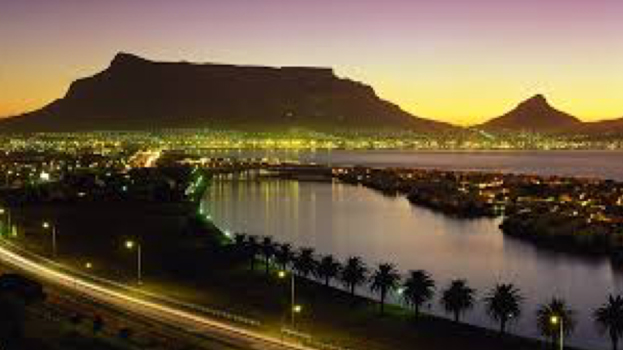 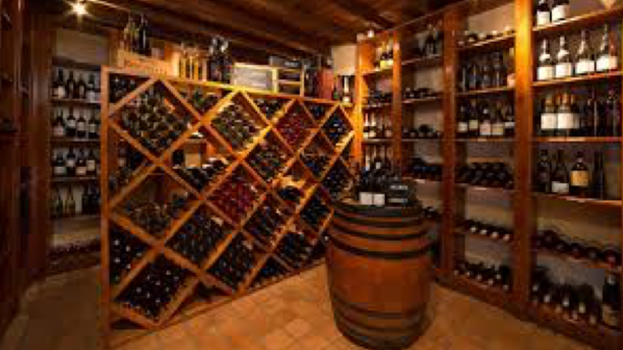 This is an absolute must do, be taken away by breathtaking vistas and majestic mountain backdrops in a setting steeped in rich culture and history. Rolling vineyards and quaint Cape Dutch homesteads await you, as well as award-winning wine farms offering some of the world’s best wines.

Begin your journey in Cape Town with a drive to the heart of the Cape Winelands and get to experience the great hospitality and beauty of Stellenbosch, Paarl, and Franschhoek. Discover the process of making wine from vineyard to the bottle and participate in a cellar tour accompanied by a wine and cheese tasting.

Kick off your Cape Winelands tour in Stellenbosch, also known as the Eikestad (City of Oaks in Afrikaans). It is not only the second oldest town in South Africa but also boasts the largest variety and concentration of vineyards, with more than 140 wine farms. Take a walk along oak lined streets and soak in the holiday atmosphere that characterises this quiet “old world” town. Be taken back in time by the well preserved examples of Cape Dutch style architecture, antique shops, national monuments including Dorp street, museums as well as South Africa’s oldest music school the Conservatoire. Visit a wine farm and participate in a cellar tour accompanied by a wine and cheese tasting.

Drive to Franschhoek (French corner) an old town with a strong French history and influence that dates back to 1688. Many farms and businesses still hold onto their French names and the town’s atmosphere is uniquely French-like. The town’s close proximity to Cape Town combined with its ideal weather, architectural beauty, huge variety of culinary offerings and award winning wines make it one of the most popular tourist destinations in the Cape Winelands. It has been described by many as the “food and wine capital” of South Africa. Take a walk in the town and be part of its rich history while enjoying the many art galleries, antique shops and charming restaurants that make up this magnificent town. Stop at the Huguenot Memorial before going on a cellar tour at a local wine estate for a wine tasting.

End your Cape Winelands day tour with a scenic drive back to Cape Town.

The tour then proceeds to Paarl, the third oldest South African town and largest town in the Cape Winelands. View magnificently preserved classic Cape Dutch and Victorian buildings and visit Groot Drakenstein Correctional Centre formerly Victor Verster prison, where the legendary Nelson Mandela spent the final years of his incarceration. Get a chance to see the bronze statue of Mandela which now stands outside the prison to commemorate where he made the famous “walk to freedom” in 1990. Not to forget you will also get an opportunity to taste wine at one of Paarl’s renowned vineyards. 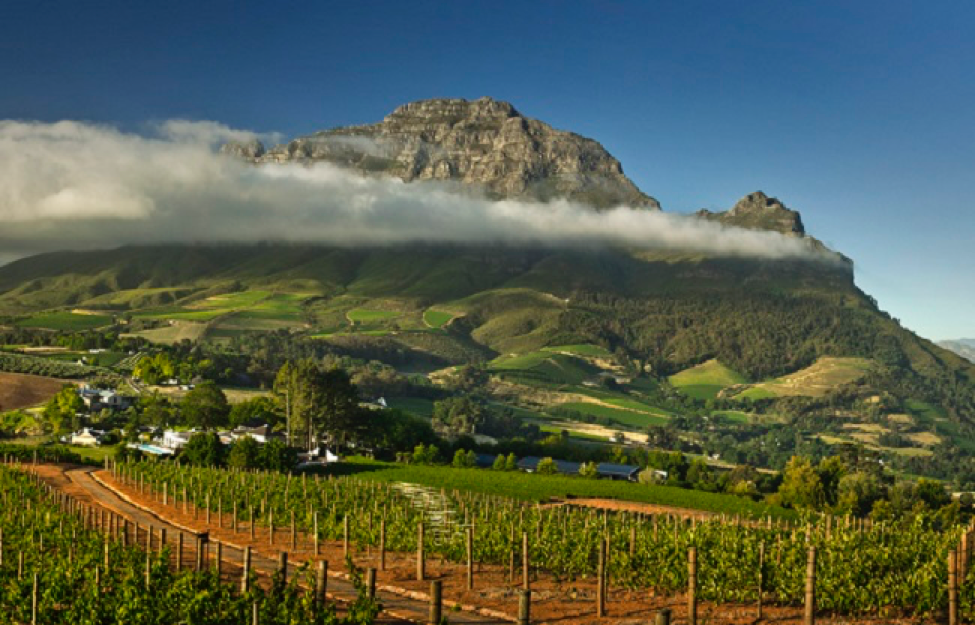 All tours depart from your Hotel

All tours depart from your Hotel